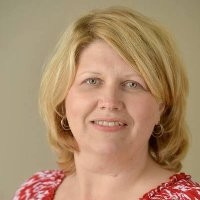 Christy Vandergriff’s most important job is mother to three boys-Will, Sam, and Ben. She holds a B.S. in Early Childhood Education from the University of Tennessee at Chattanooga and a M.A. from Tennessee Tech University in Instructional Leadership. Christy was the recipient of the 2014 UCLA – Johnson and Johnson Head Start Fellows Program where she received a certificate from the UCLA John E. Anderson Graduate School of Management. With over 20 years in the field of early childhood, Christy began her career as a home daycare provider and has worked as a Tennessee State Pre-K teacher, Kindergarten Teacher, and Head Start Teacher/Family Advocate. She is currently the education manager for Sequatchie Valley Head Start. In 2013, Sequatchie Valley Head Start was ranked in the top ten percent of programs nationally as reviewed by the federal government. Christy oversees the operation of eleven, “Three Star” centers in five counties. In March of 2015, Christy began a 1.5 million dollar expansion project to bring Early Head Start services to families in a four county area. She is a member of the Tennessee Head Start Association (THSA) and works with THSA to coordinate statewide training events and do advocacy work on behalf of Tennessee children. Christy has served on the Sequatchie County Board of Education for the past 5 years and has been awarded the Level III Boardsmanship Award by the Tennessee School Board Association.